Day 01 :
Arrive at Delhi
On arrival at Delhi airport or railway station, our representative will meet you to pick you up and transfer to your hotel. Rest of the day is at your leisure. Stay overnight at the hotel in Delhi.


Day 02 :
Delhi Guiding Tour
After Breakfast for full day side sightseeing like the Red Fort, Chandni Chowk Bazaar and Khari Baoli spice market on your way to visit Jama Masjid. One of the largest mosques in the world and the largest in India, it was built by Shah Jahan to dominate the city. Then, make your way to Raj Ghat, a memorial built to commemorate the site of Mahatma Gandhi's cremation. Also visit the UNESCO World Heritage-listed Qutub Minar, India's tallest minaret, made of red sandstone and marble and inscribed with verses from the Qur'an. Next stop Lotus Temple completed in 1986. Notable for its flowerlike shape, it serves as the Mother Temple of the Indian subcontinent and has become a prominent attraction in the city also visit Iskon Temple a famous Krishana Temple. Stop next at Humayun's Tomb, another UNESCO World Heritage site and tomb of a Mughal emperor dating back to the 1500s. Next, pass under the high stone archway of India Gate - constructed in the memory of Indian soldiers who died in World War I - and drive along Rajpath (King's Way), the ceremonial boulevard heading toward Rashtrapati Bhavan, official home to the President of India. Also visit Birla Temple a Lord Vishnu Temple. Along the way, your guide will point out architectural and cultural features of these important monuments. over night rest in Delhi hotel. Golden Triangle Tour with Varanasi india begins here.


Day 04 :
Jaipur
Golden Triangle Tour with Varanasi today proceeds to 'Pink City' Jaipur. After Breakfast, Visit Amber - the ancient capital of the Rajput Empire reaching the fort on elephant back. It is a deserted palace surrounded by majestic ramparts & the magnificent public & private room's evidence the splendor of the rulers of 16th & 17th century Rajasthan. Also visit City Place, Janter Mantar and Hawa Mahal in evening leisure. Overnight at Hotel.


Day 05 :
Jaipur - Agra
After breakfast drive to Agra en-route visit Fatehpur Sikri. Later continue drive to Agra. Arrive and check in at Hotel. Akbarabad, as Agra was known during the Mughal era, is home to some of the most magnificent Mughal architectures. Situated on the banks of river Yamuna, the monumental beauty of Agra has inspired countless people around the world. This third largest city of the state of Uttar Pradesh is home to three UNESCO world heritage sites. Overnight at Hotel.


Day 06 :
Agra - Varanasi
On day 06 of Delhi Agra Jaipur Varanasi Tour, Early morning at the time of sun rise visit the Taj mahal (best time to visit the Taj Mahal). after the Taj mahal back to the hotel for breakfast and visit the Agra Fort (world heritage site, baby Taj. Sikandra (tomb of Akbar). late evening catch the night train from Agra to Varanasi.


Day 07 :
Varanasi Arrival & City Tour
Arrive at Varanasi station. Meet and transfer to hotel for check in. Dating back to more than 3000 years, Varanasi is said to be the oldest city of the world. There are temples at every few steps here Hinduism it is believed that those who breathe their last in this city attain nirvana and get an instant gateway to liberation from the cycle of births and re-births. After Lunch proceed for tour planned for second half of the day We begin the tour of the city with the famous Banaras Hindu University. Next we visit the famous 18th century Durga temple dedicated to Goddess Durga & later visit one of the most famous temples of Varanasi, the Tulsi Manas temple.We end our tour with a oneof-its-kind temple the 'Bharat Mata' (Mother India). The temple was inaugurated by Mahatma Gandhi in 1936. The temple has the undivided India personified as a mother deity and has her statue built in marble. Unlike other temples, this one does not have images of the customary gods and goddesses; it houses a relief map of India, carved out of marble.Evening Aarti ceremony - Every evening, hundreds of people gather at the banks of the river Ganges to participate in the aarti (hymn). The evening aarti offers one of the most spectacular sensory experiences, when hundreds of lamps light up the river side at dusk, the entire city of Varanasi comes to a standstill and the sound of chimes and dongs reverberates in each and every street. Overnight at Hotel.


Day 08 :
Varanasi City Tour
Early morning proceed to morning Cruise on Ganges. The 'Ghats of Ganga' dotted with temples or more than 100 ghats (banks) alongside the Ganges in Varanasi. The best way to cover them all is acruise. A morning cruise on the Ganges presents a very beautiful view of the ghats bathed in crimson light. After Lunch half day excursion to Sarnath. Evening explore the city. A walk through old Varanasi will be memorable experience.


Day 09 :
Varanasi Departure
Morning catch the train or flight from Varanasi to Delhi. driver pickup you from Delhi Train station/Airport. If you left some sight in Delhi you can visit today. evening driver transfer you Airport to catch your Early morning flight from Delhi. 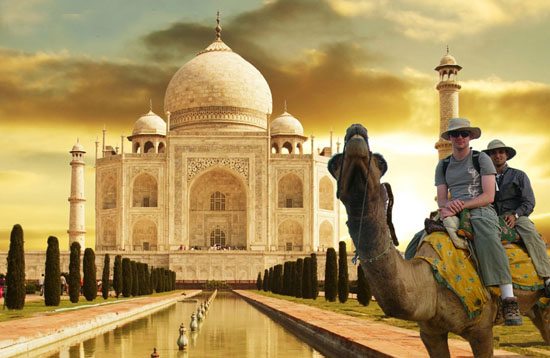 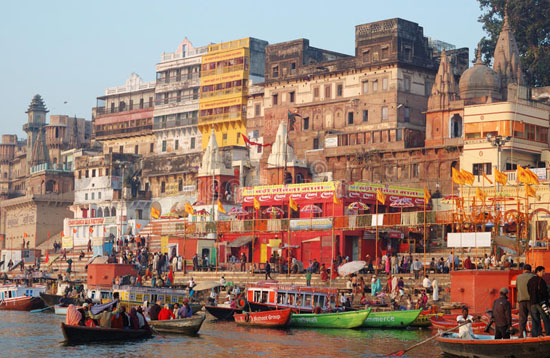